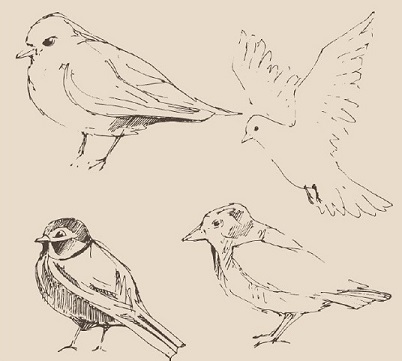 Some executives thrive in times of change. Others fail. Is it lack of vision or strategy? Rarely. Sustained high performance demands consistent execution. In a volatile and uncertain world of escalating complexity and increasing ambiguity, we need dynamic people and enterprises that competently adapt to change. Download the full article here…

The Story of Adapting

It was in March 1855 that naturalist Charles Darwin set up a breeding loft for pigeons at his country home in the small village of Downe in Kent, England. Darwin began painstakingly taking beak and body measurements and set about a breeding program with more than 15 domestic breeds and spanning several years. Four years later Darwin published his watershed theory, On the Origin of Species.

What spurred his pigeon study was the simple observation that it was by the guiding hand of fanciers with an eye for profit that birds with particular characteristics had been bred to meet the changing demands of the market. What Darwin’s study led to was the far more generalised and cosmic discovery that adaptation is essential to the survival of individuals of any species. Adaptation, not happenstance, helps explain success.

It is not the strongest of the species that survives, nor the most intelligent, Darwin decided. It is the one that is most adaptable to change.

An interesting aspect of this story is that Darwin’s inspiration came not from the pigeon, but in fact from pigeon breeders – entrepreneurs engaged in breeding pigeons for profit or prizes. In framing the term natural selection as his explanation for evolution, Darwin drew an analogy with artificial selection. He hypothesised that “…the cumulative actions of breeders, generation upon generation slowly shaped domesticated plants and animals to human needs and wants” (Pallen, 2009).

In short, it was not a biological imperative but a business imperative that was driving these breeders’ behaviours, and that subsequently inspired Darwin’s discoveries.

Darwin later discovered numerous examples of nature adapting itself to the inevitable change to which it is exposed. However, businesses – and more particularly business executives – have not always been so proficient at adapting.

What Business Are You In?

If you ask any executive what business they are in, they will name the industry their organisation is part of. However, that is an incorrect answer. The enterprise may be in that industry, but the executive is not. Every executive is actually in the same business: they’re in the adapting business. The problem is, they don’t comprehend this.

This is a two-fold problem. Firstly, executives don’t implicitly understand that their primary role is to adapt both themselves and their enterprise as change inevitably comes. Secondly, they don’t consciously and competently understand how to adapt. No one has decoded the concept of adapting and helped them understand how to apply it in practical terms. As a result, they’re often confused and frustrated (even if they manage to hide these emotions).

Often these executives have been taken by surprise by the waves of change. As a result, they have become overwhelmed with the enormity of the task at hand, struggling to keep up with change. They are grappling with the sheer volume of information coming at them. A myriad of things and people are competing for their limited time, energy and attention.   Despite an array of new technologies, it is actually getting harder and harder to simply survive – let alone thrive. In today’s globally competitive landscape, success is changing faster than ever before.

On top of that, change is no longer a discreet, start-here-stop- there, linear affair. The reality is that change has become   constant and continuous. Along with day-to-day challenges, an executive can also be dealing with managing the demands of a promotion or negotiating post-mergers/acquisitions   environments. Many also face challenge and change in their personal lives as they try to ensure their child transitions into the next stage of their life, or deal with separating from a life partner, for example.

An executive can easily falter on responding to one problem, then a second, closely followed by a third. Before realising it, they’re procrastinating and losing their decisive edge – which they can ill afford to do.

The symptoms are all too common and inter-related. We find very competent executives failing to get things done,   vacillating, not delivering on their commitments. They may be putting in the hours but they feel they are far too busy   working in the business to take the time out to work on it.

Silently, these executives are screaming out for help.   However, these are strong, independent leaders. They are not accustomed to asking for help. They are where the buck   normally stops. We expect them to remain composed and level headed when others are panicking.

There are early warning signs. There is also widespread   denial. Executive stress is a systemic problem that shows up across four key areas.