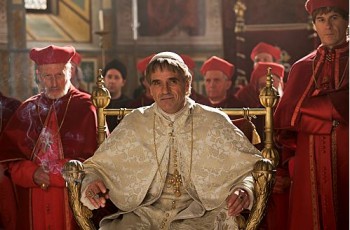 Authority vs Leadership – The Borgias

We often hear the complaint that “the leadership is not providing enough leadership”. In doing so, we confuse leadership with authority.

In those cases, what people mean is that those people with authority are not exercising enough leadership.

What if you thought about “leader” as a verb rather than a noun?

Our distinction between “leadership” and “authority” is still in its infancy, relative to other professions like medicine, law and accounting.

We all need authority, even though we resist or hate it.

Understanding whether a situation demands leadership or authority is a key management capacity.

Authority vs Leadership in Action

This is a clip from the series “The Borgias” (season 1, episode 7). This scene features a meeting held in 1494, by Pope Alexander VI and the Sacred College or Cardinals.  The Pope was alarmed with the imminent invasion by the French army.  Italy was then not a country as we know it now, but a collection of independent republics or city states like Florence, Milan, Naples, ruled by their own “Signoria”, whose loyalties were being denied to the Roman Catholic Pope.
It illustrates the Pope desperately trying to use Authority, when what was really required was an act of leadership, as proposed by the Vice-Chancellor when he speaks towards the end of the scene.

I do not own the content of this clip. The Borgias is an historical-fiction drama television series created by Neil Jordan that debuted in 2011. No copyright infringement is intended. This clip is solely meant to showcase the brilliant performance made by Jeremy Irons in the role of Pope Alexander VI, to illustrate the courage required of people in exercising leadership rather than simply accepting the ideas of those vested with formal authority.