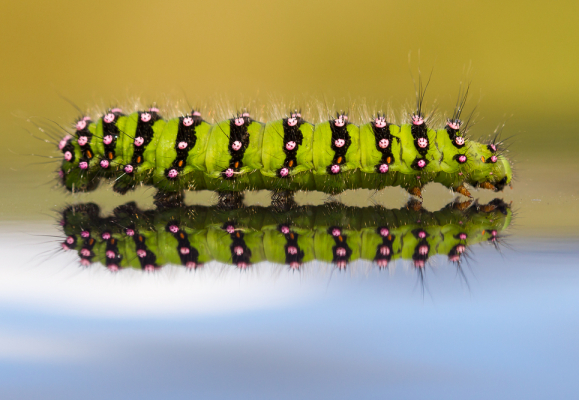 My original training was in biology. Since then I’ve worked in management and leadership roles as a consultant, as a CEO, as an entrepreneur / business owner.

If you think about the fundamental intentions of both business and biology it’s initially to survive and then ultimately to thrive.

Caterpillars are pretty slow in the way they move. They chew up as much resources as they can to try and get fat in order to go into the next stage of their development.

The problem is – we’re in a new world order now where what we really need is butterflies.

The kind of transformation that happens when you go from being a caterpillar to a butterfly in a biological sense, is an automatic thing that happens – it’s genetically programmed.

The kind of transformation that needs to happen when an executive is promoted to the role of CEO is not an automatic thing.

The second thing we face is the interim step, half-way through the process where the “caterpillar” becomes mush. Metaphorically speaking, we wouldn’t want a CEO to be stuck in this interim step and have their brain be mush for too long.

It’s one thing to get the job of the CEO, it’s another thing to become a CEO.

When we appoint a CEO and say “…this CEO is the right person to lead us into the next stage of our growth and evolution as an organisation”, we have a false positive expectation that this transformational process, of a new CEO becoming a butterfly, will just naturally occur. Few CEOs are given adequate on-boarding and induction into their role within the organisation.

The result is that many boards and organisations face the very real risk that their CEO could turn out to be a moth; which is neither as pretty nor as effective as was the intended outcome.

We want CEOs to learn, grow and develop their wings. We want them to find their own expression of what it is to be a CEO within “this” organisation and to understand what their self-expression means as a CEO in the broader community or world in which they operate.

Caterpillars behave according to a set of rules or conditions. In a biological sense, we recognise the importance of the interaction between a living organism and its habitat; its natural home.

We need to really challenge and question the old rules and the assumptions under which we are designing organisations and envisioning the role of the CEO within that. A lot of our thinking is shaped by a machine or military metaphor for an organisation which is where the command and control notion comes from.

The problem with this way of thinking is that organisations are full of living organisms – in fact, they are a living entity themselves. We really need more of a biological and holistic kind of approach to thinking about organisation development. Organisations are complex ecosystems. CEOs need assistance to fundamentally make sense of the nuances of each organisation they lead. They need to work out how to guide and optimise the way that they develop the organisation in a sustainable way that balances the needs of today with those of tomorrow.

A Different Kind of CEO

We need organisations that can effectively respond to changes in dynamic and automatic ways: whether minor adjustments are required or fundamental shifts / transformation is demanded.

Understanding each of these requirements, the difference between them and being able to adapt is a core competency that needs to be cultivated amongst leadership teams.