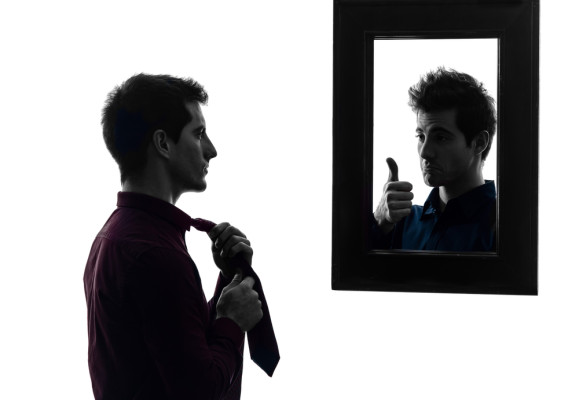 There are times in our lives when the biggest challenge we face is dealing with ourselves. Rather than an external obstacle to progress, how you metaphorically “get yourself out of the way” determines the difference between whether you succeed or fail to execute the task at hand.

Back in 1972, a revolutionary booked titled The Inner Game of Tennis revealed new insights about high performance in sport (and life). Instead of serving up technique, it concentrated on the fact that, as Gallwey wrote, “Every game is composed of two parts, an outer game and an inner game.” The former is played against opponents and is filled with a lot of contradictory advice:  the latter is played not against, but within the mind of the player and its principal obstacles are self-doubt and anxiety.

Gallwey’s insightful approach to improving performance was built on a foundation of Zen thinking and humanistic psychology. Its premise was simple: how to get out of your own way to let your best game emerge. It was sports psychology before the two words were pressed against each other and codified into an accepted discipline.

Likewise, organisations either progress or regress based on the quality of the choices people within them make. This is particularly important in the boardroom and executive ranks, where medium- to long-term decision making has far-reaching and systemic implications on health and well-being – for both the enterprise and its stakeholders.

Ironically, often issues happening outside of the office compromise the capacity of key decision makers within the organisation to make wise choices. When executives start procrastinating and putting off things, the reasons typically fall into one of the following six categories:

The Coach Has A Game Plan

For many executives and business owners, engaging with an executive or business coach will be the first time they have been able to share the difficulties they’ve had to deal with, within their organisations and careers. The most common challenge individuals in these situations face is finding someone they trust and respect who can act as an objective sounding board to help them make sense of their situation. By assisting them articulate their concerns or current challenges, a professional coach can help to define a game plan to overcome any internal obstacles, minimise self-doubt and reduce anxiety levels so thay can bring a competitive edge to their outer game.

Most organisations continue to focus their training and development programs on the outer game of work. However, an increasing trend is savvy executives and entrepreneurs turning to executive and business coaches who integrate personal and professional development, to master the inner game of work.