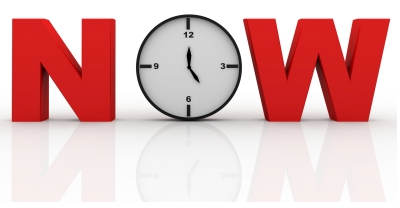 Have You Found Your Purpose?

Have you found your purpose in life?

Many people have asked me how I found my purpose.

While I am happy to be doing what I love to do, it didn’t happen overnight. It was more of a gradual realization.

It happened for me in 3 stages, with the first being when I was in my mid-twenties. One day, I simply said, you know, “I think my ideal job is where I could just talk and listen, and then other people could do the work that needs to be done next”.

Unconsciously, I had come to understand the importance of:

This kind of “work” – of managing, leading and governing – is energetically demanding. It requires considerable, sustained concentration. It needs “space”, which is afforded by a particular kind of listening and talking, without which meaningful progress – in both life and business – are limited.

I discovered at an early age that strategic thinking and communication are natural things for me, but this random thought was a little bit of a whim. I don’t know how I came to that thought, but I was imagining that such a role could exist, even though I didn’t have anything concrete at the time.

I was planting seeds and didn’t realise it.

Fast forward five years. I had gained valuable knowledge and experience doing management consulting and working as the CEO at several different companies. While these were great experiences, I was ready to leave corporate life and start my own business.

Even though I knew what I wanted to do, I didn’t know what I was doing. I had to figure out my next move. In the meantime, I decided to go skiing in New Zealand with my friend Sally to clear my mind.

That trip was just what I needed.  While chatting with Sally, she suddenly said: “You know, I want to introduce you to my executive coach.”

“Executive coach? What’s that?” I had never heard the phrase before.

“A gentleman I have been working with,” she replied.

Sally was a hard-powered project manager, running portfolios of high calibre international projects. She had engaged the assistance of an executive coach to help develop her business capacity and to hone her leadership skills. He also assisted her think strategically about change management initiatives in various organisations she was working with.

If Sally liked him, I figured I had nothing to lose by meeting him. “Ok. Why not.”

Sally quickly arranged the dinner with Alan and his wife. As he explained the model of what he was doing, I thought silently to myself “…oh my God, I think you are living my ideal life, from a professional point of view!”

I must say, I was quite impressed. Alan was quietly confident and understated. Unbeknownst to him, he helped give my purpose in life a tangible form. After another great meeting over coffee with Alan shortly thereafter, I knew what I was meant to do and was ready to formulate my plan and put it into action.

I came back to Australia feeling focused, determined and excited. I found my purpose and was ready to hit the ground running. I launched my business and quickly began doing a combination of interim CEO roles, marketing consulting and a bit of coaching.

I was happy, but I knew an essential part of my purpose was still missing. Having an MBA helped me understand management and various leadership frameworks from an academic point of view. I had also been a seminar leader in personal development programs. Bringing these two concepts together would make it complete.

So, I briefed a branding agency and they came up with the name nLIVEn for the business. I started building my portfolio but then realised, “I still don’t know exactly what I’m doing in this business!”.

Around this time, I received a call from Alan, checking to see how things were going. I told him I was currently doing three different things, but felt that I needed to decide exactly what I wanted to do with the business. After careful consideration, I decided to focus on business coaching and executive coaching. I also decided to hire Alan. That was more than fifteen years ago and I haven’t looked back.

As I reflect on my journey, I realise that my dreams were formed and catalysed while taking a personal development and leadership program. I don’t know if it was exactly what they had said in the course, but I realised that I was operating and living in a world where things hinged on ‘someday’.  I would think “…someday, the clouds will part and the sun will come shine and the right business partner will arrive and the right idea with materialise…”

I was living in ‘someday-maybe’ kind of a world at that time.

The alternative was me declaring that ‘now’ was the time: what IF I drew a line in the sand.

I had to look myself in the mirror and say “…I am willing to step over that line”.

It was time to be proactive: my willingness to be assertive and take action would cause the clouds to part and the right business partner to show up and the right ideas to come along.

For me, I think the fundamental shift was to stop using language to describe the world that I saw, but to use language to envision the world I wanted to see.

In other words, instead of waiting and wishing for a series of events to randomly occur at the right time, I had to make them happen. I had to metaphorically sever the umbilical cord and step into the unknown. Instead of trying to predict the future by analysing data and looking at business models, I had to put that stuff aside and take a leap of faith. Instead of leading with my head, I had to follow my heart and my gut.

“Now is The Time”

Glenn A. Williams from nLIVEn talks with Justin Cooper from Unleash Your Beast about finding his Purpose and deciding that ‘Now is The Time’ to leave corporate and do his own thing.

Why did Glenn A. Williams give up a perfectly good career to follow his dreams? What prompted him to decide that ‘Now is the Time’ for him to take a leap of faith and to follow his heart into his own business?

Watch out for the next two instalments of this fascinating story next week.

This is Part 1 of 3 “Conversations On Purpose with Glenn”.

Unlock the story in this short (6 minute) video.

If you have a question, comment, thought or concern, you can let us know by clicking here. We’d love to hear from you.