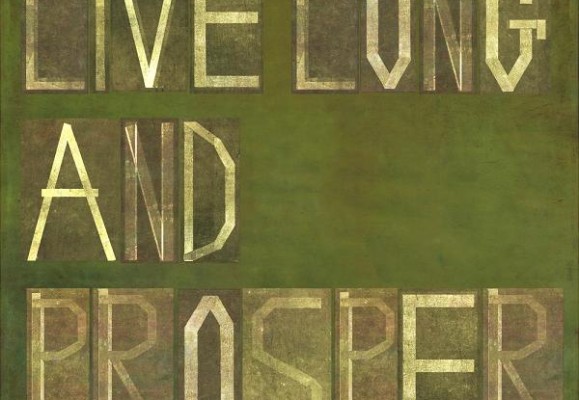 In my experience, we need CEOs to grow more quickly than their organisations. How do you ensure that you’re growing, evolving, learning and adapting to these changes faster than your organisation? If you’re going to provide leadership, you’ve got to stay out in front of both your team and the organisation you’re dealing with.

The way that I look at the “new” CEO is to begin by reimagining the acronym CEO: as the “Creative Ecosystem Optimiser”. Organisations are complex ecosystems and a CEO has his or her own ecosystem. When they wake up in their home in the morning, they’re in their own personal ecosystem. Then, after they’ve showered and put on the suit and tie, they’ve stepped into their professional habitat. By making the transition to work, they effectively enter the organisational habitat or ecosystem. There’s much complexity with both the individual CEO and their organisation.

What we need to do is think about models and metaphors that go beyond the traditional military and machine lens that business often looks through. We’re not dealing with a static system and components of a machine that behave in a predictable fashion – we’re talking about a complex, dynamic, living system. An organisation is comprised of living people. Our customers consume the value that we create and therefore help create value by telling other people about what we do. Think about the ecosystem and the relationships that are tied up in an organisation rather than the four walls in which it operates.

A new CEO who is operating from this perspective is focussed on making the system explicit. Having functional managers document the system, processes, policies, models and diagrams about the different components required for successful operation. They’re ensuring that the functional managers have a plan that details how to operate the system over the next twelve months, including a range of initiatives to improve the effectiveness of operation. They need to think about how they’re going to resource that system, the money, people or other kind of resources required in order to effectively operate and, once budget is approved, get access to those resources. They then need to physically operate the system and review its performance to then guide and tweak it to achieve the desired and planned outcome.

Sense and Respond VS Chain of Command

The new kind of system is a much more “sense and respond” type system. It’s got a capacity to sense changes that are happening internally and externally for the organisation and integrate that information in a way that allows its people to respond in appropriate ways as opposed to “chain of command”: with up and down decision making. The people who actively sense, respond and understand how things need to be done can be empowered to take action according to the way the system has been designed.

We’re looking for opportunities to embed more knowledge in the design of the systems we use to operate our organisations and our lives. As an example; I drive a car with adaptive headlights. When I go into a tunnel or when it gets dark, the headlights automatically turn on. This is no longer something I need to consciously do and manage, as it’s been delegated to a system.

Case Study: “I Gave Myself Permission”

With over 2 decades of hands-on experience within childhood education, Ann was considered a specialist in her field. Despite her extensive experience, the challenge she faced was how to transition from an industry specialist to the CEO of the Victorian division of one of Australia’s most recognised children’s educational charities.

“I was confident that my 20+ years of classroom experience was the best preparation for a CEO role with one of Australia’s longest standing and most respected childhood education charities. However on assuming the role, I recognized that I had inherited an organisation that operated like a small business and needed to migrate to thinking and behaving more like a medium to large corporation, something that I had no formal training or personal experience in.

Feeling out of my depth, I sought the counsel of one of my trusted advisors, one of the charity’s Board members. His instant solution, following his own personal experience was to have me participate in a Professional Partnership Program with nLIVEn.

Upon my initial consultation with nLIVEn I was relieved that all their programs are tailored to the specific needs of their clientele. In my case I needed a fast track syllabus customised on how to be a CEO of a large corporation, which is what I got.

My Professional Partner, an experienced international CEO himself, allowed me to leverage my experience and his business acumen, to clarify the organisation’s objectives from an overarching to functional level. Using nLIVEn’s proven methodology I was supported in creating a clear plan of attack and working strategy that left me confident in my ability to lead the charity forwards.

Instead of waiting for the Board to advise me of where to steer the organisation as it had traditionally done with my predecessor, I took my first steps of being a real CEO. I gave myself permission to take time out of the Charities headquarters and utilized the offices and resources at nLIVEn to engage in the strategic thinking required to create a bold new compelling vision and implementation plan for the organisation that galvanised the strategic intentions of the board.

Impressed by the initiative taken, I won the support of both the Board and my staff who are swiftly and more easily taking the actions required to fulfil the organisation’s new vision.

Thanks to my Professional Partnership Program I am NOW a CEO.”

The “Impromptu Interview Series” features unrehearsed and unscripted interviews with Glenn Williams. These short videos are designed to capture useful ideas and insightful perspectives in an engaging way.