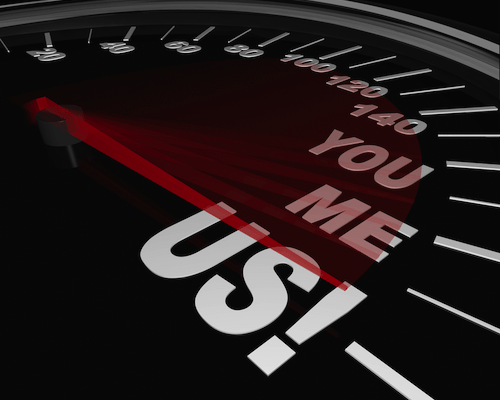 The 4D Change Model and your Personal Goals

We often speak in terms of applying the 4D Change Model to your professional objectives and obstacles, however it can just as easily be applied to any situation. Jesse Falk was fortunate enough to sit down with Glenn Williams recently to discuss her ideas for improved personal health and wellbeing and has happily provided an account of the outcomes of their brain-storming session.

Glenn began with the first step of the 4D Change Model: Discover. This was to understand the background and context of Jesse’s obstacles with her health and wellbeing. Jesse begins:

“For the last couple of years I’ve been plagued by chronic daily headaches. I’ve seen a variety of specialists, trialled an assortment of different medications and at one point was hospitalised for “forced recovery”. After months and months in which I saw no improvement, I finally found the right balance of medication, working environment and lifestyle. I’m pleased to report my condition has almost completely disappeared. The issue I now face, however, is that after so many years of not being able to function properly or entertain a social and active lifestyle, I’ve gone up a few dress sizes. Sometimes it seems to me that I’ve fought one battle and have gone straight into another.”

After learning of Jesse’s battle with her medical condition and the subsequent weight gain, Glenn began by approaching the successful pathway to improved health and well-being by helping her design her vision of what it would feel and look like for Jesse to have overcome her current personal obstacle. Glenn encouraged Jesse to get quite specific, to paint him a clear picture. Jesse was able to articulate the following ideals:

To achieve Jesse’s vision for this domain of her life, Glenn understood there were some obstacles Jesse was currently facing. Had there been no obstacles, it’s safe to assume Jesse would already see herself as the fulfilled vision she’d accounted for above.

With pen to paper, Jesse began to reveal the obstacles that prevented her from achieving her vision. Glenn assessed and began to map out the opportunities that presented themselves to develop a plan of attack. The plan was broken into small stages, which would assist Jesse in seeing her vision come to fruition, without feeling overwhelmed by the process.

Jesse admitted that she struggled with motivation to get to the gym. Certainly, she was motivated to lose weight, but felt overwhelmed with the task.

Glenn suggested utilising group training sessions or a personal trainer could promote motivation and would help engage a sense of purpose – as well as making the task enjoyable.

Jesse spoke of a timeframe for achieving her vision and knowing that it would take at least a year before she met her goals, feeling overwhelmed.

Glenn suggested staging the pathway to her vision by breaking it down into 12-week instalments. At the end of the 12-week window, Jesse could more easily assess her progress and then adapt her plan for the following 12-week instalment.

Jesse felt she lacked the required motivation or know-how to put a plan into action.

Glenn suggested she look over his impressive collection of book titles in the nLIVEn Shop to assist with maintaining strong aspirations, self-motivation and a sense of purpose.

At the conclusion of their brain-storming session, Jesse advised how valuable it had been to her personal goal in using the 4D Change Model. In conjuring the vision of her success, Jesse was more easily able to identify the obstacles that she felt prevented her from achieving her health and well-being objectives and, now having a staged plan of attack, felt improved determination and confidence in her ability to deliver herself to the finish line.

Jesse has graciously offered to provide an account of her journey in 6 months’ time after applying the 4D Change Model to her personal goal for improved health and well-being.