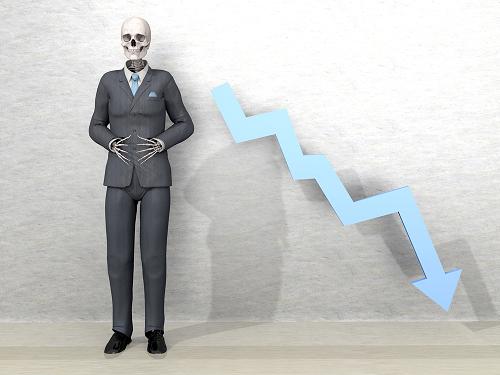 The CEO is Dead

The principal idea behind the concept of “The CEO is Dead” refers to the traditional role of a CEO: the way they typically lead organisations has passed it’s used by date.

We’re moving into the stage where ideas such as command and control no longer work – in terms of responding to the rapid rate of change and complexity that organisations are dealing with. Organisations that don’t recognise the need to fundamentally change the way they deploy their CEO face the real possibility of extinction.

CEOs are very confused. They come into the role without being sent to any CEO finishing school – and honestly – there could not ever be a CEO finishing school because each organisation and leader is so different. What they actually need is an integrated personal and professional development solution that assists them take what they have learnt, their collective experiences and assist them adapt their style and approach to the needs of the organisation that they’re running. For example:

One of the things I’m often asked by chairmen is: “Can you help our CEO become more strategic, to take a more strategic perspective to work on the longer term aspects of our business?”. However the CEO is often only rewarded for short-term results. The incentives provided don’t reinforce that longer term perspective.

We expect CEOs to sacrifice at the altar of the corporation: whatever they can in terms of their time, their energy, their faculties and the volume of complexity they are required to process in order to control the organisation, keep it stable and move it forward. We expect CEOs to develop their organisations and meet the demands and opportunities of tomorrow. For the average CEO, in addition to the hours they work, there is the expectation of responding to ambitious staff wanting answers to move forward outside of hours and on weekends, which in turn means the CEO becomes the bottle neck in a traditional model where they are the central point of making decisions.

The notion of strategic planning and business planning developed at a stage where there was more predictability around the future. We could run a demand curve, map out the priorities of the business and optimise our position within an industry for future profit. This worked well in a more stable kind of economy; an industrial economy, but we’ve moved into a knowledge economy and an information intensive world. There are new technologies that radically and rapidly change the landscape in which businesses are operating. New entrants to markets can often do so with much lower overheads and grow more rapidly, leveraging network economics.

Case Study: “Writing The Next Chapter”

When a publically listed Australian Property Development company was preparing for a dual handover (of its founder / Chairman after 20 years as well as its CEO), the new successor faced the challenge of his career. Enrolling in a Professional Partnership Program with nLIVEn helped him solidify, organize and leverage his experience and knowledge to create a clear vision and strategic pathway, architecting the company’s revolution.

“Although flattered and excited about the opportunity that the upcoming promotion to CEO within my organization represented, I also recognized that there were 4 significant challenges that I would face in the role that would determine my overall success:

To say I was overwhelmed and unsure of exactly where to start is an understatement. Having recently completed a leadership-training course to help prepare myself for my first CEO role, I was filled with new knowledge but was struggling with how to practically apply it.

My program with nLIVEn acted as a filter, think tank and boot camp for the task ahead. With the help of my Professional Partner I was able to download all that I knew, which allowed me to clear my head and take a step back, evaluate my experience and gathered knowledge, assess it’s relevance to the situation and then develop a structured framework and vision to begin writing the next chapter of the company’s history.

This preparation was invaluable and allowed me to approach these challenges in a confident and relaxed manner. To date the company has survived the exit of its two previous leaders and is smoothly transiting into its next era, including an office move into our own purpose built facility.

I have received exceptionally positive responses from the Board and now have their full support in rolling out my vision for the company. My staff share and own the revitalized vision for the company. Instead of being dictated to they are motivated and productivity has accelerated. Instead of being a daunting experience, I am truly deriving so much satisfaction from reinventing this reputable company from the ground up.

As a result of my experience in the Professional Partnership Program I can honestly say that I have learned how to be a better advisor to myself, a skill that will assist me not only in the immediate term, but well into the future.

The “Impromptu Interview Series” features unrehearsed and unscripted interviews with Glenn Williams. These short videos are designed to capture useful ideas and insightful perspectives in an engaging way.